The European workshop on DRLs in paediatric imaging

The Workshop on European Diagnostic Reference Levels for Paediatric Imaging (PiDRL Workshop) was held at the Lisbon School of Health Technology (Escola Superior de Tecnologia da Saúde de Lisboa, ESTeSL), Portugal, on October 15-17, 2015 as part of the PiDRL EC project. The main aims of the workshop were to a) share experiences, lessons learned and best practices in developing and implementing DRLs in paediatric imaging, b) develop strategies for optimisation of radiation protection of paediatric patients at the European level and c) develop strategies to disseminate and implement the results from this project in practice.

The PiDRL project consortium encouraged wide attendance in order to ensure a good basis of discussion of the draft PiDRL guidelines and to identify the need for further action regarding DRLs and optimisation of radiation protection of paediatric patients. Invited guest speakers and members of the PiDRL project consortium presented the current status and future opportunities in DRLs for paediatric imaging in different sessions and poster presentations. The workshop programme was divided into six round tables, each of them handling a specific subject within the area of DRLs in paediatric imaging.

In addition to the six round tables, the programme also included two invited lectures on the establishment of CT DRLs in Portugal and the impact of using DRLs in paediatric imaging. The workshop programme was completed with 21 oral and 18 poster abstract presentations on national developments of paediatric DRLs and patient doses from paediatric procedures. During the oral abstract presentations, the experiences from several European countries, as well as from the United States, Kenya and South Africa on DRLs in paediatric imaging were outlined and discussed. On the final day, a panel discussion was organised to review main issues related to DRLs in paediatric imaging. The panel consisted of seven representatives from the PiDRL project consortium and the Expert Advisory Panel.

In total, 157 participants from 31 European and non-European countries participated in the PiDRL Workshop. 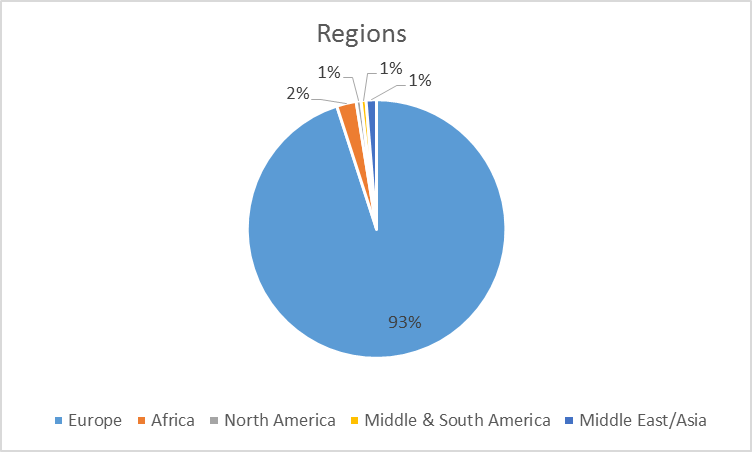 Figure 1: Regions. Most participants were from European countries. 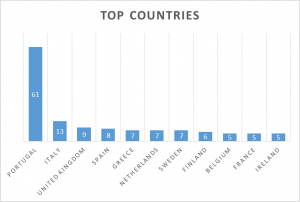 The professions, which were indicated in the workshop registration form, were also analysed. Figure 3 shows that most participants were medical physicists, followed by radiographers and radiologists. Other participants were students, researchers, other phyisicians or radiation protection experts. Moreover ‘other’ professions were indicated in the registration form, which could not be grouped to categories. 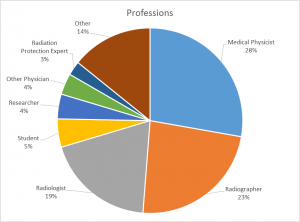 More information can be found at http://www.pidrl.eu/workshop