With four dedicated sessions, a number of related sessions, an information booth and a digital poster exhibition, EuroSafe Imaging offered congress delegates an array of activities to learn more about the ESR’s quality and safety initiatives. In this month’s ESR@Work edition, the ESR would like to give readers a report of two high-level EuroSafe Imaging Sessions. 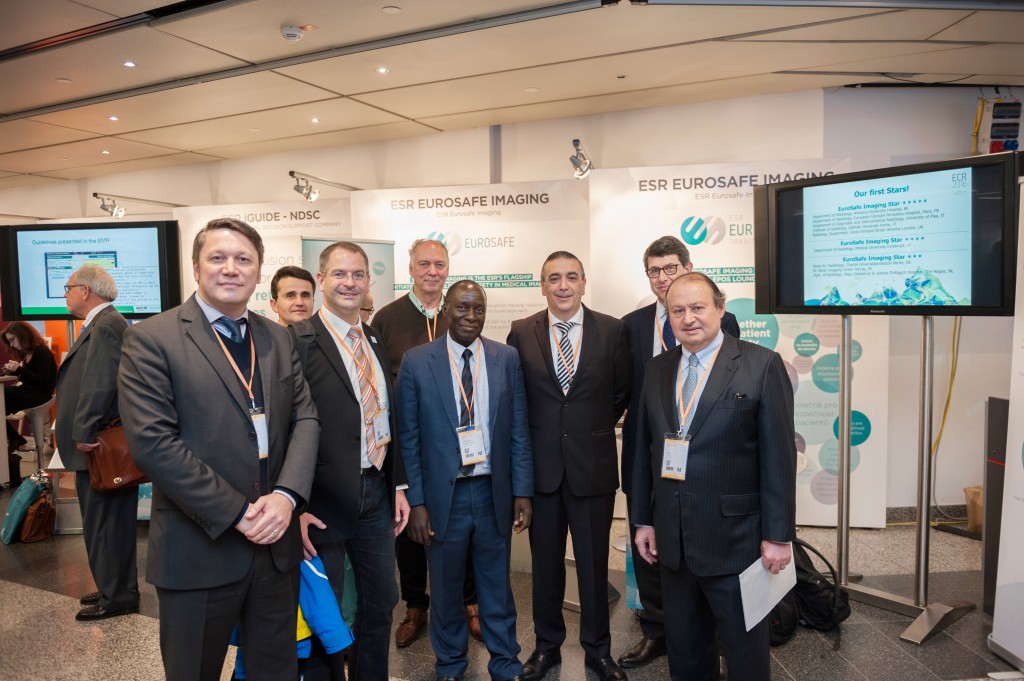 Among the ECR 2016 highlights was the session ‘EuroSafe Imaging Alliance & Campaign – what is new?’ during which ESR delegates and stakeholder representatives had an opportunity to present their activities in support of the EuroSafe Imaging Call for Action over the past year.

Another key achievement in 2015 was the finalisation of a strategic research agenda (SRA) for radiation protection, developed by the ESR, the European Federation of Organisations for Medical Physics (EFOMP), the European Federation of Radiographer Societies (EFRS), the European Society for Radiotherapy & Oncology (ESTRO), and the European Association of Nuclear Medicine (EANM), in cooperation with the research platform Multidisciplinary European Low-Dose Initiative (MELODI). Going forward, the five medical associations are planning to establish a research platform of their own called ‘EURAMED’ in 2016.

During 2015, EuroSafe Imaging developed three project plans in the areas of image quality, dose management and clinical diagnostic reference levels (DRLs). Following ECR 2016, dedicated working groups will start to implement these projects and report on their progress at ECR 2017.

Finally, Prof. Frija introduced a major new initiative designed to bring the tools and concepts developed by the ESR into the reality of clinical practice: EuroSafe Imaging Stars. By creating a network of institutions dedicated to best practice in radiation protection, the ESR wants to give imaging departments participating in the Stars programme visibility and recognition for their commitment while supporting them in using the issue of radiation protection as a framework for a high-quality and safe delivery of radiology services. EuroSafe Imaging Stars institutions will support the ESR’s data collection efforts in order to establish benchmarks for CT dose exposure. Nine departments have already been awarded Star status at ECR 2016.

The Euratom Basic Safety Standards Directive represents a major overhaul of European radiation protection regulations and has influenced all radiation protection-related activities of the ESR. The ESR has teamed up with the Heads of the European Radiological Protection Competent Authorities (HERCA) to organise a session on the BSS directive to take stock of the current state of play and explore different stakeholders’ perspectives on the legislation.

The joint ESR-HERCA session ‘the new EU BSS directive – a step forward to patient safety’ offered regulators, radiologists, medical physicists, radiographers and industry representatives a forum for discussing the implications new requirements will have in practice and to explore issues to be addressed during the implementation of the directive in EU member states. 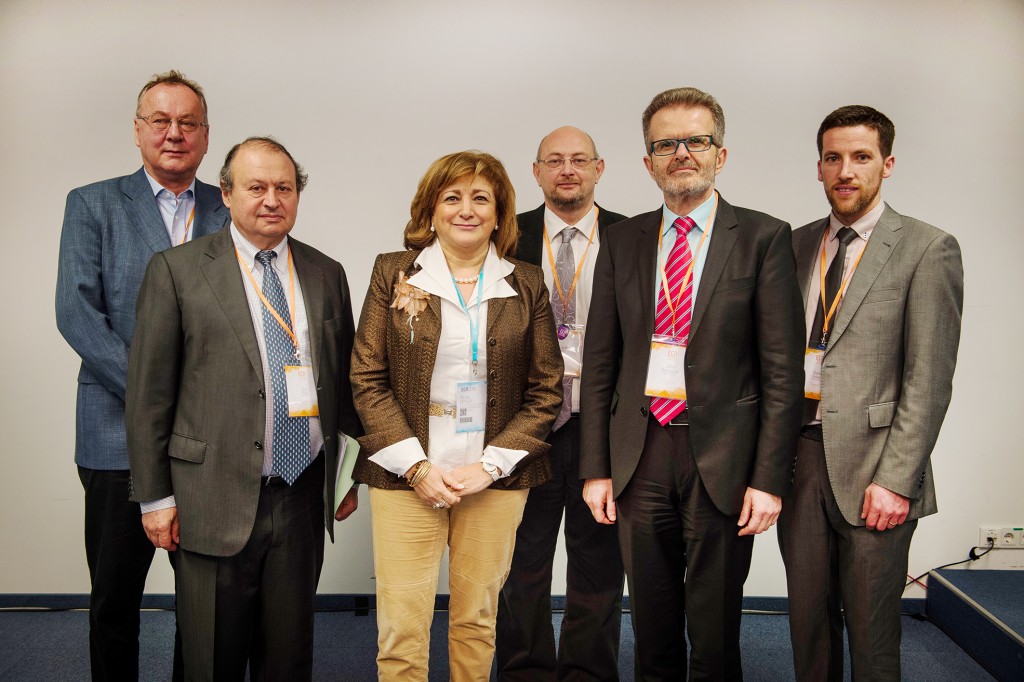 The EuroSafe Imaging session on the Basic Safety Standards directive included representatives from the ESR, HERCA, EFOMP, EFRS and COCIR

HERCA’s Dr Jürgen Griebel provided an overview of the legislation, which was passed in 2013 and must be transposed into national legislation by all member states until February 2018. The BSS directive follows recommendations from the International Commission on Radiation Protection (ICRP) and is embedded in a broader legal framework that also includes the EU medical devices regulation that will likely be adopted in 2016.

Steve Ebdon-Jackson, chair of the HERCA working group on medical applications, introduced the regulators’ view on the directive. The directive outlines the responsibilities of referrers and radiologists within the process of justification, as well as the factors to be addressed for appropriate justification. For the first time, the directive introduces requirements for accidental or unintended exposures, which is of particular importance during the transposition phase as the directive tasks national competent authorities to determine approaches with regard to local recording, analysis and reporting of significant events. HERCA is working to make sure national regulators implement these requirements based on a common understanding and, if possible, in a harmonised way.

According to Prof. Guy Frija, for radiologists it is particularly important to increase the awareness and knowledge of radiation protection regulations, and to ensure that referring physicians, radiologists, radiographers and medical physicists work together as a team to implement the BSS directive’s requirements in practice. To ensure the justification process is effective and efficient, the ESR advocates the increased use of imaging referral guidelines, which can be achieved through tools like clinical decision support systems. It is further important to take into account the performance of the imaging equipment used.

For medical physicists, Prof. John Damilakis noted that implementing the requirements in the directive will necessitate the use of a variety of tools, including CDS, dose tracking systems, patient exposure records, dose reduction tools, methods for accurate organ dose and conceptus dose estimation, improved education and training as well as the application of tools for the prompt measurement of occupational exposure.

Representing the EFRS, Shane Foley informed that the BSS directive in many cases does not explicitly list requirements for radiographers, which often conflicts with clinical practice where radiographers have a central role especially vis-à-vis patients.